Our Second Amendment Rights May Be In Jeopardy

Liberal Incrementalism Creeps Into Our Lives 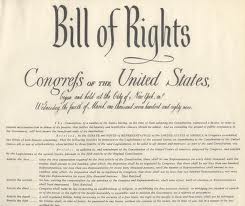 As a Gun Enthusiast, it’s hard to imagine this country ever actually becoming a socialistic state, living in this great country that we do, but I sometimes wonder how far we will allow our elected officials to go.  It just seems that we may take our Freedom, or what we call Freedom, way too much for granted, the way we keep giving it up more and more.  Take, for example, what we have allowed to happen to smokers, and compare that with what is now going on with the new calls for more gun legislation.  Now, I am not a smoker, do not like smoking, and do not like being around someone who is smoking, but just the same, we have all but made it illegal to smoke in America.  Also, I recognize that smoking is not a right granted to us by God or the Constitution as is our right to own a gun.  It is merely a choice, freely made every day, by millions of people in America.  But let’s review the smoking issue for a minute.

Originally, many people in this country enjoyed smoking, unaware of the health risks.  I grew up in a home where both of my parents smoked quite a bit, with no ill effects, although, one of my brothers did suffer from asthma as a child.  As the health risks became better known, we began to look down on smoking to the point that the government started placing warning labels on cigarette packages.  Finally, in the 90’s the first of the laws was passed banning smoking in restaurants.  Government officials knew that it would not be possible to outlaw smoking all together, so they started with a small restriction to which most people could agree.  Gradually, and incrementally, more and more laws and restrictions were passed banning smoking in bars, and public buildings, as we became more complacent about giving up just a little bit more of our liberty.  After all, it was for our own good.

Now more recently the City of L.A. enacted a law that bans smoking even at outdoor dining establishments.  One would think that if you were outdoors it would be alright to light up.  But the mayor of L.A. explained that, “L.A. and California have always led the way when it comes to anti-smoking”.  He just as well could have said that L.A. and California have always led the way in limiting our Freedoms.  Last month, the city of Laguna Beach, CA banned smoking on residential patios – one’s own home – outside no less.  The slippery slope gets steeper and steeper.  The more success liberals have, the more outrageous the ideas they produce to further restrict our liberties.

But this not so much about smoking as it about the attempts to remove our rights as gun owners.  The techniques described in restricting smoking, are the same techniques they are using to legislate against law abiding gun owners, with the ultimate goal of banning guns outright.

This is supposed be America where we are Free.  People from all over the world are clamoring to come this country to experience Liberty, which we all seem to take for granted.  Freedom is the one thing of which we are most proud.  Yet we continually allow liberal factions of our country to chip away at those freedoms, taking them away, incrementally, one at a time, under the guise of compassion or enlightened thinking.  And they have a more than willing accomplice in the main stream media to help them, who will pick up a story on the latest complaint du joir, and popularize it through emotional news stories that are designed to make you feel like you are not ‘with it’ or not compassionate if you don’t agree with the story.

Now in the wake of the Arizona shooting that critically wounded a United States Representative, and killed six others including a Federal judge and nine year old child, the liberals and the media have resumed the chant for more gun control and restrictions on the size of magazines.  But here again, if we allow these types of legislation to be passed, we will be giving up some more of our Freedom.  Only this time they are attacking a right given to us by our Founding Fathers and guaranteed us by the Constitution.  Granted, the Constitution says nothing about the size of magazines our guns can have, but it is implicit that our right to bear these arms is for us to be able to protect ourselves from a tyrannical government.  If that tyranny ever comes at us with machine guns, how effective will we be with six shooters, or even ten rounds?

He Would If He Could and Will If He Can

This administration is already trying to side step the Constitution with executive orders, and decisions to outright ignore enacted laws, simply because they feel it is ‘unconstitutional’.   Excuse me, but isn’t that up to the Judicial branch to decide.  How unconstitutional is that?

So the drum beat continues.  And it is especially loud now as the anti-gun extremists seek to exploit the Arizona tragedy to resurrect and advance their political agendas.  Today, it is smaller gun magazines.  Tomorrow it could be ballistic fingerprints, or licensing gun owners, or banning mail-order ammunition sales (the latter has already been tried in California), all the way out to banning guns altogether.  The ‘enlightened ones’ won’t be happy until their ultimate goal is achieved.  In the mean time, they will incrementally chip away at our freedom with what seem to be small, innocuous regulations and restrictions that they hope nobody will notice.  Already we have a ten day wait period and ten round maximum in California.  They have a whole wish list of them already prepared and they’ll simply pick the next one on the list.

We all knew that when they banned smoking in restaurants, that bars would be next, then public buildings, then all workplaces.  We scoffed at the idea that they would eventually ban smoking at home, but even that has happened in Laguna.  They have a plan mapped out for gun control and think we won’t notice the little attacks if they make you think that it’s for your own good.  However, unlike smoking, banning guns is not for our own good.  It only works to make us less safe.

In every jurisdiction that has less restrictive personal carry laws, violent crime is down.  Take the guns away from law abiding citizens, and the crime goes up.  When criminals don’t need to fear the possibility of being shot themselves, they are freer to commit crime, and do so.  As it is now, U.S. gun owners use firearms for protection as frequently as 2.5 million times a year.  While it’s impossible to know how many lives it saved out of those incidents, it still equates to a lot of innocent lives saved because a gun was in the right place at the right time.

An earlier Federal ban on assault rifles and large gun magazines that expired in 2004 was an abject failure.  Additionally, a congressionally mandated study released in March 1997 found that the banned weapons and magazines “were never involved in more than a modest fraction of all gun murders.”  The study also “failed to produce any evidence that the ban reduced the number of victims per gun homicide incident” and found that “the average number of gunshot wounds per victim (about two) did not decrease” after the ban.

Liberal incrementalism is a slippery slope that keeps us sliding away from Freedom as a way of life.  It is incumbent upon us all to be aware of our shrinking Liberties and fight to maintain them.  If ever we allow ourselves to lose the right to keep and bear arms, we will no longer be Free.

Filed under General, The Fight for Our Rights

9 responses to “Our Second Amendment Rights May Be In Jeopardy”