Proof Positive for the Liberal Left Antis that we need to Ban Guns.

Every time there is a horrific mass gun killing like we had in Orlando, the rabid left wing of our countries political governance, starts immediately crying for more gun control. They pull out their arsenal of agenda topics, their most favorite rant, Gun Control.

This time the Liberals in the House of Representatives weighed in, apparently thinking they were back in the ’60s, as they staged a meaningless and embarrassing “sit in” on the floor of the House.  They point to our sick, twisted obsession with personal gun possession in this country, our fanatical gun culture that is embarrassing to them when compared to their socialist European friends with highly superior gun control laws. We must be the most murdering country in the world, especially after Orlando.

So if we look at the statistics you would expect to find us at the top of the list. And yes, according to statistics for 2014, the United States tops the list in Glory. We are indeed ranked number 1 in the world with gun ownership at 90 guns per 100 people or .9 per person.

If you had a random gathering of 1000 people, and you got an honest tally of how may guns they own among them, according to the statistics you would find 900 guns in the crowd. Amazing. The next country does not even come close with almost half as many guns at 58.2 guns per 100 people and that would be Serbia. Even Switzerland, where gun ownership almost required, is ranked fourth behind us with only 45.7 guns per 100 people.

There you have it. Something of which Rick Wyatt, Paige Wyatt and the entire crew at Gunsmoke Guns would be proud.  It is proof positive that the United States with their fanatical obsession with guns tops the list by far and we have far too many guns. This is surely evidence to the Progressive Left that they surely do live in the murder capital of the world with 90 guns per 100 residents. We must be the most murderous country in the world with those numbers.

So using Liberal gun thinking, all we have to do to prove the left wing Progressive case for banning guns is look at the Per Capita Intentional Homicide statistics for the murder rate in the world. Surely we must top that list as well. We should be number 1 again. Right?  Wrong.  We are      END_OF_DOCUMENT_TOKEN_TO_BE_REPLACED

Gun Control Laws Should Be Repealed

If you take a look at the more than 13,550 gun laws we have in the United States including federal, state and local laws, I defy you to find even one that has saved a life, prevented a crime, prevented a mass murder or political assassination. It can’t be done. Gun Control laws do not save lives or make people safe. To the contrary, they make people less safe by denying them the ability to defend themselves from predation.  So now they want what they like to call “Common Sense Gun Laws”.  There is no such thing.  They all make citizens less safe.

Most gun laws on the books today are there as a result of an emotional, irrational over reaction to some tragedy or sudden perceived threat.  None of the laws are based on Constitutional Law, or are consistent with overall dominant public opinion. Each and every gun control law is Unconstitutional by     END_OF_DOCUMENT_TOKEN_TO_BE_REPLACED

Should We Just Give Up Our Rights? Surrender Our Guns?

Today, a week after the horrific slaughter in Orlando, the battle lines have clearly been drawn. Problem is, the Liberal Democrats seem to be better at staying focused on their agenda and hype. They seem to keep the drum beat for Gun Control banging in every direction you look.

The Liberals want to take the guns out of our hands and the Republicans believe we need to fight the war to defeat terrorism – “Militant Islamic Terrorism”. 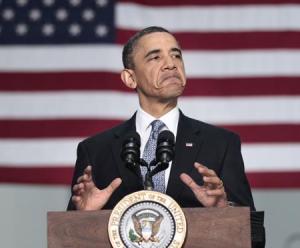 The idea of people walking around with concealed carry weapons is abhorrent to our President.  Obama actually said “the notion that the answer to this tragedy would be to make sure that more people in a nightclub are similarly armed to take out the killer defies common sense.”, – his words.  More correctly, his statement defies common sense.  People with their own weapons in the club could have     END_OF_DOCUMENT_TOKEN_TO_BE_REPLACED

It’s Time To Eliminate The Gun Control Laws: Yes, All Of Them

Behavioral laws require three components to be effective.  They must accurately describe an action that causes harm to others. They must propose a penalty that disincentivizes the activity. They must be enforceable.

Let’s consider the laws against murder. The harm done is obvious. The penalties range up to death. They can be enforced by an examination of the evidence during trial, and punishment.

How about “disturbing the peace?” If you plug in a Gibson ES35 guitar and a stack of Marshal and Hi-Watt amps at 2 a.m. and start playing Black Sabbath’s “Iron Man,” there’s a good chance your neighbors will complain.  If they do, we have a clear report of harm done (minor harm, but relevant), and can again have an examination, trial and punishment, probably a fine.

Of course, we could prevent some of those incidences by licensing guitars, having waiting periods on amplifiers, and requiring proof of need for any amp over 20 watts.

Wait, how would that work exactly?      END_OF_DOCUMENT_TOKEN_TO_BE_REPLACED

Here we go again. 50 people killed this time and 53 more were injured in a “Gun Free Zone” in Orlando, Florida.  The people never had a chance.  The gay bar, Pulse Nightclub, where all of this went down was posted with “No Guns Allowed” signs.  In addition, Florida law prohibits guns in an establishment that serves alcohol.

This is to some degree, preventable.  Our lawmakers and politicians continue to believe that our society needs what they call “gun free zones”, ostensibly to keep guns out of the building, arena, or gathering place. But are criminals or terrorists going to care about that?  Well not so far as not taking a weapon into the place goes. In fact, they know that it makes for an easy target.  Terrorists will continue to target Gun Free Zones as long as they exist. Let’s face it, Gun Free Zones are     END_OF_DOCUMENT_TOKEN_TO_BE_REPLACED

The Gun Grabbing Libs Had to Lie, Cheat and Steal to Get This One

“There is no truth in the law. Everybody lies. Stop searching for it.” — Al Pacino, “Misconduct”

I was watching Fox News last night when they

suddenly broke from the story they had going, to discuss the decision by the Ninth Circuit Court of Appeals that had just been handed down.  They broke to get opinions from two panelists they had set up in front of a camera.  In keeping with the Fox motto of “Fair and Balanced” they had one who is pro guns and a gun grabber type.  After explaining the decision had finally been released after about a year and describing how the Court held that the ‘Good Cause’ requirement in California’s Law was ruled to be Constitutional, they broke to get opinions from their two panelists.

I have to admit that I probably didn’t hear a word that either one of them said. My mind was fixated on how under handed, deceitful and dishonest the cheating liberals are.  And this is no exception.  We gun carriers had finally won one last year when the first ruling had opined that the California Law that requires one to have a “good cause” was unconstitutional.  It made sense to us. After all, what part of “shall not be infringed” do they not understand. Requiring someone to show     END_OF_DOCUMENT_TOKEN_TO_BE_REPLACED

What is the Best Gun Training Facility?

Recently a fellow gun enthusiast stopped by here asking where he can go to get quality gun education for safety reasons and another asked for the best way to improve his own proficiency.  Across the nation, more and more people are making the decision to accept their responsibility to be the defender and protector of their families. 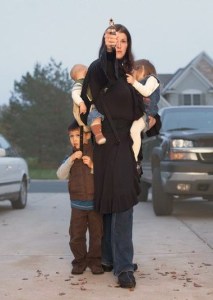 They realize that it is their duty to accept that responsibility to protect themselves, their family and friends because the police are just not going to be there to perform that duty.  When the unthinkable happens, it is going to happen and be over with long before the police ever arrive.  As the old saying goes, when seconds count, the police are just minutes away.  In essence, they will arrive only to investigate and take down the names of the victims.  Therefore, the question of gun ownership is becoming the conclusion for thousands of people across the nation.

These people who are making this decision are responsible, law abiding citizens and in addition to recognizing their duty to provide for their own self defense, they realize that as the protector and defender of their family, they also need to learn how to use this tool they have chosen to be competent in that role.  They understand that this tool of self defense is a deadly weapon that can have immediate consequences if used, so they need to become familiar with its use and learn how to use it safely.

So how then do they get that training?  Where do they go?     END_OF_DOCUMENT_TOKEN_TO_BE_REPLACED