The Gun Grabbing Libs Had to Lie, Cheat and Steal to Get This One

“There is no truth in the law. Everybody lies. Stop searching for it.” — Al Pacino, “Misconduct”

I was watching Fox News last night when they 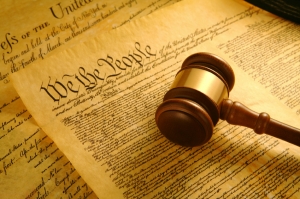 suddenly broke from the story they had going, to discuss the decision by the Ninth Circuit Court of Appeals that had just been handed down.  They broke to get opinions from two panelists they had set up in front of a camera.  In keeping with the Fox motto of “Fair and Balanced” they had one who is pro guns and a gun grabber type.  After explaining the decision had finally been released after about a year and describing how the Court held that the ‘Good Cause’ requirement in California’s Law was ruled to be Constitutional, they broke to get opinions from their two panelists.

I have to admit that I probably didn’t hear a word that either one of them said. My mind was fixated on how under handed, deceitful and dishonest the cheating liberals are.  And this is no exception.  We gun carriers had finally won one last year when the first ruling had opined that the California Law that requires one to have a “good cause” was unconstitutional.  It made sense to us. After all, what part of “shall not be infringed” do they not understand. Requiring someone to show    that they have good cause before they can carry a firearm and obtain a permit to do so, is an “infringement”.  But then, so is any gun control law for that matter.  It’s just that the court had finally agreed with us – until this.

Then, within days after the first ruling, California’s uber liberal Attorney General, Kamela Harris announced that she will file a request to set aside the decision and grant an ‘en banc’ hearing.  It took her more than nine months to finally file it.

You see, the first hearing and decision was with only three of the judges that are on the Ninth District Court.  An ‘en banc’ hearing would ostensibly require the entire panel of judges to hear the case.  But because the Ninth has too many judges, they would have to pick eleven.  So when they picked, they picked eight liberals and three conservatives.  It’s no wonder we lost the second round.  They had to stack the deck – cheating and under handed.

The only thing is, the State of California was not a party to the original suit despite having been requested to be so – they refused to participate the first time.   So as an outsider, the  State ostensibly has no standing to be able to make such a request.  But the Court allowed it anyway – again under handed.  Liberals cheat.  They can’t stand to see their opposition win anything legally.  They have to resort to deceit to get it overturned.

They had to lie in oral arguments claiming that guns in public would increase crime and do nothing to lower crime rate which flies in the face of FBI statistics that clearly show that “More Guns Mean Less Crime”.  They had to lie when they claimed that California’s Good Cause requirement does not violate the Second Amendment.   The more citizens who carry concealed, the less likely it is that criminals will feel bold enough to commit a violent crime, if they think its possible to be shot themselves.

Liberals love it when new law is created via a court ruling, when it supports their agenda such as Roe v. Wade, Obergefell v. Hodges on Same Sex Marriage, and numerous others.  But when their opposition wins a decision to overturn one of their ridiculous unconstitutional laws, they come unglued and resort to any means to get it changed in their favor.

We have to stop the liberals.  In California it is going to be hard.  Right now the California Legislature is 2 to 1 Democrats to Republicans.  So the Republicans are mute and have absolutely no control over legislation.  The Democrats are free to put up any ridiculous gun control law they want, even if it is blatantly unconstitutional, and get it passed.  And with a liberal Democrat Governor, we’re screwed.  More and more I feel more like a subject of the People’s Republik of Kalifornistan, than a free citizen of what used to be the Great State of California.  Every day they chip away at our freedoms, one by one.  If they ever succeed at taking away our guns we will no longer be free.  Tyranny and a Totalitarian Government will be next.

This underscores the importance of the Presidential election this year.  If Hillary is elected, what we have here in California will be the template for the entire country.  She will fill the Supreme Court with liberal judges that will totally change our American way of life.  At least Trump will bring conservative judges to the court.

If you’re a California citizen who is not moving out of the State because you feel its a lost cause, work with the rest of us and talk to your neighbors, friends and co-workers.  Help them to understand that voting Democrat is destroying their rights and killing their freedoms.  Help them see the damage that liberals are causing to our way of life in America.  Our future depends on it.