Gun Law That May Really Save Lives

I came across a new Gun Law that has passed the Mississippi Legislature and has been signed by Mississippi Governor Phil Bryant, that may actually save lives. One of the things that I am always complaining about is that of the more than 22,000 gun laws on the books now, none of them has ever saved a life. But alas, we may now have one, and it goes into effect immediately. 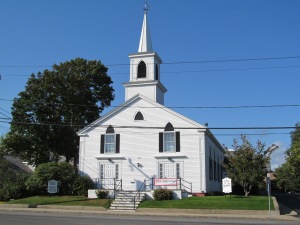 Of course, this law would not even be necessary if they hadn’t previously passed a Gun Control law that made it illegal in the first place, but this new law now makes it legal for a    Church to allow guns to be carried in the church during church activities including regular church services.

This new law, which is called the “Church Protection Act”, comes after the terrible mass shooting in Charleston, South Carolina last June where Dylan Roof shot down in cold blood, nine parishioners after worshiping with them for over an hour. Mississippi’s new law will allow members of the church to undergo training to carry guns inside a house of worship for the protection of the congregation. What is more, they will be allowed to carry inside the Church without a CCW or Concealed Carry Permit.  No longer are Churches ‘Gun Free Zones’ by law.

This will undoubtedly make it much more difficult for someone to get away with entering a church in Mississippi and killing numerous members of the congregation. Conventional wisdom would expect that one of the hardware packing members would be able to take out anyone who set out to create a mass shooting before he got off a second shot – perhaps even before he got off a first shot.  Even more likely is that someone thinking of shooting people on church property will know of the law and not even try it in the first place.

Essentially this law will enable Churches to establish a “Sergeant at Arms”, if you will, or even a mini-militia in their congregation that will be able to protect the health and welfare of the other parishioners from violent attacks while at church.

It is unknown how many churches will take advantage of the new law but at least now they have the option. Not all churches are likely to avail themselves of the protection as some ministers, pastors and priests are on record as being against having guns in church. But about as many church leaders are in favor of the idea.

It’s too bad the lawmakers of the People’s Republik of Kalifornistan will never have the wisdom and courage shown by Mississippi lawmakers. Perhaps South Carolina will respond in kind though since after all, the horrific event of last June happened in their State.

One response to “Gun Law That May Really Save Lives”