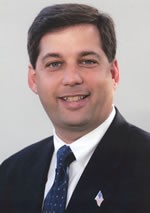 A bill has been filed in the Massachusetts State Senate that will remove power from the State Attorney General. Bruce Tarr (R) Minority Leader of the Senate filed the bill which he calls an “act to protect due process and strengthen public safety” 12 days after State Attorney General Maura Healey announced that she would outlaw    all “look alike” guns or “copycat” assault-style weapons that are similar to banned guns or that have interchangeable parts that are key to the operation.

The Gun Owners Action League executive director Jim Wallace, following her announcement two weeks ago, denounced her draconian action saying that “It’s very insidious, what she did and as far as we’re concerned, it’s a clear abuse of power”. The backlash from gun owners and gun sellers interpret her move as an overreach of power that circumvented the legislative process. 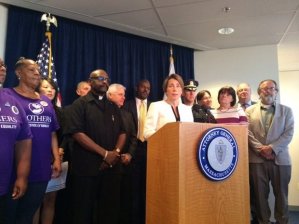 Of course, there was praise from the usual band of suspects and gun grabbers saying that it was wonderful how she found a way around the “loophole” that allowed the gun manufacturers to “circumvent the law”. Healy said that, they don’t, “get to decide what’s compliant. We do”.

So you have an Attorney General who is infringing our Second Amendment Rights and, “unilaterally changing laws without actually going through the (legislative) process, then telling licensed retailers they’re not allowed to sell something basically with no notice,” said Jim Wallace. Bruce Tarr’s bill will change that if it “goes all the way through the process”. He expects that he will get several other lawmakers to sign on to the bill”. Republican Senator Donald Humason of Westfield, MA, has filed his own separate bill that would remove the attorney general’s authority to regulate firearm sales at all.

Naturally, this is a Republican led bill in a House and Senate dominated by Liberal Democrats in one of the most Liberal States in the Union. But if Democrat lawmakers are at all concerned about their authority being usurped and nullified, they will agree with the bill and vote for it. That someone who is not duly authorized to legislate making law definately usurps the State Legislature, and that cannot stand.

We here at at GES applaud the Senate minority leader and pledge our support to his cause. I only wish that there were some Bold Senators or Representatives in our State Legislature here in the Peoples Republik of Kalifornistat, that would endeavor to take a stand against the ridiculousness of the Liberal Democrats that preside over our government and continue to strip us of our Liberty.  But if you are a resident of Massachusetts, call your State Representative or Senator to support the bill as it goes through “the process”. You can email State Senator Bruce Tarr at Bruce.Tarr@masenate.gov.

Filed under Gun Control, Gun Rights, Second Amendment, The Fight for Our Rights