We Are All Thankful

This past election day gave us a surprising but grateful relief to our fear that it might go the other way. I immediately thanked God and Praised Jesus for the divine help in saving our nation from further decay into the depths of Liberal corruption and moral decay that would have been able to destroy the nation that once was the greatest on earth.

Let’s face it. This is the only country in the world that was founded with recognition of     God as our Creator and benefactor of our inalienable rights. These same inalienable rights were guaranteed to us in our Founding Document, the Constitution. They come from God – not another human being or the Constitution. Had the recent election gone the other way, those rights would have definately been in jeopardy as the Democrats try to legislate against them. Despite how many times the Hildebeast said that she was in favor of the Second Amendment, we knew her intent was to break it down as much as she could. And she wouldn’t stop with the Second. Freedom of speech and religion were in jeopardy as well, if she had been elected.

Now we can look forward to Constitutionally bound justices being appointed to the Supreme Court, and other lower courts, during this Presidency. The fact that Mr. Trump is not a career politician is an amazing thing. It has been said that Nostradamus predicted that man would rise up to Save the country of the people, from a moral decay. Trump brings a unique vision and ability to the Presidency that will hopefully reverse many of the Liberal/Progressive conditions that have crept into our lives in this country. 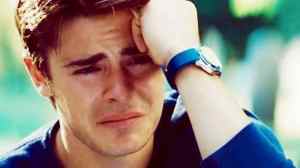 I am offended by the college students who are crying, needing hugs, cry-ins, safe zones and understanding, because of the election, is condition that has come from Liberal thinking and the taking over our educational system. That is one thing where the Libs have been very successful, by teaching Liberal and Progressive thought in our educational system. It starts in Kindergarten and follows them through their college years. They have brain washed our children into believing that Conservative thought is vile, oppressive and dangerous.  It’s time for these immature cry babies to buck up and realize that you don’t alway get a trophy when you lose.  Deal with it and realize that it is time to take some responsibility as an adult.

Part of the problem is that American History in school now starts at the beginning of the 20th century when Progressivism got its start with Woodrow Wilson. The history of our founding is either not taught or what is taught is convoluted into something of an evil take over of the King’s land using terrorism to battle the good King’s army.

It is now taught in schools that the first Thanksgiving was about the Pilgrims giving thanks to the Indians for saving their lives and their fate. The truth is that they were giving thanks to God for bringing them through their hardships and struggles – not the Indians.

Our Founders are now denigrated and disparaged in school because some of them were slave owners, which was merely the custom of the time. But many of our Founders at the time of our country’s birth were already against slavery and were setting the seeds of change.

Alas, the tenure of Donald Trump will be short, even if it goes eight years. There are still Liberals out there and they are going to be ready to try to take back control of the government and start where they left off. We will have to work hard to make sure that Conservative control continues for more Presidencies than just Trump.  We have to work hard to instill irreversible Conservative concepts and ideas in our Government and the American people.

What is more, the Democrats are going to fight President Trump vigorously starting at day one. They still refuse to acknowledge that they lost. Barrack Obama has stated that he will not be leaving Washington D.C. He is going to hang around to speak out and complain about the Republican agenda while trying to protect his legacy, which will be decimated in the first hundres days. Contrast this with George W. Bush who refused to speak out about the Obama Administration, saying that it was inappropriate to make comments on Obama’s action. That is not going to stop Obama as ‘Former President’. He plans on throwing a monkey wrench into the works of the Trump administration at every turn. This is going to be the most difficult battle that Republicans have ever waged.

Democrats and the ‘Alt Left’ are going to make it seem like most of Americans agree with them, when they actually represent a much smaller percentage of the people than do the Republicans. The Dems will run to George Stepnanoplis, Chuck Todd and all of the other Liberal Media talking heads to try to gin up support for their opposition and make it look like most Americans are behind them. It is going to a relentless battle to accomplish everything that Trump wants to do.

Family praying together over Thanksgiving dinner

Have a Happy Thanksgiving.